Prior to joining Bank of America in late 2018, Owen spent 19 years in Bank of Ireland where, most recently, he held the role of Group Head of Financial Crime Compliance and Group MLRO.  Whilst in this role, Owen:

Prior to being appointed as Group Head of Financial Crime Compliance, Owen was Head of Compliance and Operational Risk for Bank of Ireland’s Corporate Banking and Business Banking lines of business.

Owen holds a Bachelor of Science degree from University College Dublin; is a Certified Anti-Money Laundering Specialist; and is a Licentiate of the Association of Compliance Officers in Ireland. 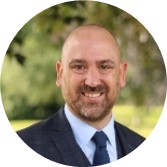