Brent has served in a number of roles at DOJ, including as an Assistant Chief of both the FCPA and the Securities and Financial Fraud Units in the Fraud Section, and as an Assistant U.S. Attorney in the U.S. Attorney’s Office for the Southern District of New York.  Brent has also worked in private practice and in the White House Counsel’s Office as Senior Counsel and Special Assistant to the President. 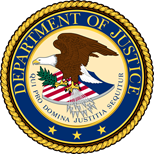